It has been 8 years since the first release of League of Legends and there are total of more than 130 League of Legend champions released up to date. Since there are so many champions at the moment, it’s quite a task for Riot to keep the game fresh and interesting with new champions. With the latest champions Rakan and Xayah, will it bring new breath into the game? Let’s find out!

Rakan and Xayah, the Charmer and the Rebel

It seems for the first time, League of Legends features a couple champions. And by saying couple, yes they are true lovers in lore. Rakan and Xayah are both Vastaya, a popular race among League of Legends champions (including the famous girl Ahri).

Xayah is a member of Lhotlan tribe, when she was young she was in love with her father’s singing the folksongs about the legends of vastaya. These songs help her connecting to the realm of spirits dancing alongside with the physical realm. However, from time to time, humans came to the land of her tribe to extract the power of Ionia, while her kind didn’t prevent it. But Xayah didn’t except this, she violated the tribe’s code (probably the reason why she called as Rebel) and ventured to human’s territory.

Upon her arrival, she encountered poor people who tried to tear her feathers hoping that they have high value. She managed to return to her village, but only found out that her tribe disappeared. Meanwhile, the corruption arisen and decimated the land.

Later, she started her trail to revive the bountiful land of Ionia. Along her way, she encountered Rakan who was a charming entertainer. They went on the journey with each other and gradually they became close, together thrived to bring back the land of Ionia.

Xayah is the newest Marksman of League of Legends champions; she can burst out tons of damage in a short time by using her feathers as ammunition. Xayah’s skills surround her feathers’ manipulation:

Clean Cuts (Passive): Xayah can store up to 5 feathers attack. After casting a spell, her next 3 basic attacks can pierce through all enemies in a line, dealing 100% damage to primary target and 50% damage to passed-through foes. The feathers will remain on the ground for 6 seconds.

Lover’s Leap (Passive): Xayah recalls back to base if clicked on Rakan while he’s channeling to Recall.

Deadly Plumage (W): Xayah surrounds herself with a dagger-feather storm which increases 30/35/40/45/50% Attack Speed in 4 seconds. Also, each of her basic attack launches a bolt which deals 20% bonus physical damage and increase 30% Movement Speed for 1.5 seconds.

Rakan will also gain Deadly Plumage if he’s near Xayah.

Bladecaller (E): Xayah recalls all of her feathers, each feather deals 50/60/70/80/90 Physical Damage (+ 60% bonus AD). The damage will be increased by 0.5% for each 1% Critical Chance Xayah has. However, each feather will deal less 10% damage than the last (with the minimum of 10% damage). Those who struck by atleast 3 feathers will be rooted by 1 second.

Featherstorm (Ultimate): Xayah jumps into the air and becomes invulnerable for 1.5 seconds (she is still able to move). While jumping into the air, Xayah will throw 5 feathers in cone, dealing 100/150/200 Physical Damage (+ 100% bonus AD).

Unlike Xayah, Rakan was a merry traveller, entertainer who was so famous in every festival, party he joined in. What he brought was pretty chaotic, yet entertaining atmosphere. He was also well-known as a professional dancer/battle-dancer, and especially a charmer with great attraction power.

One day, he encountered Xayah; however, she wasn’t fall into his charm and she didn’t have much interest in him. This greatly confused Rakan, he then decided to follow Xayah. Though there were some conflicts, the two travelers have gradually become close and eventually lovers. As Rakan found his new purpose, he swore to follow Xayah and protect her in her endeavor.

Unlike Xayah who excels in Marksmanship, Rakan primarily focuses on supporting and tanking. He can quickly shield his ally and approach the enemies. Also his strong crowd control abilities giving him great advantage in setting up ganking and team-combat.

Fey Feathers (Passive): Rakan generates a shield which can block from 33 (Level 1) – 254 (Level 18) damage (+90% AP). Each time Rakan damages an opponent champion with his skills or basic attacks, Fey Feathers’ cooldown will be reduced by 1 second.

Lover’s Leap (Passive): Rakan recalls back to base if clicked on Xayah while she’s channeling to Recall.

Battle Dance’s cast range is increased if the target is Xayah.

Each enemy can only be affected once.

Both Rakan and Xayah are meant to be a duo: one protector and one damage dealer. They have quite an advantage when laning together with their special traits. However, that doesn’t mean they are weak if they aren’t together.

Rakan himself is a strong supporter and tanker. He can initiate a fight smoothly with shielding and crowd control capability. This allows him to be a nice companion to help damage dealer in the early stage.

On the other hand, Xayah is a strong damage dealer on her own. However, she lacks escape capability as she only has Deadly Plumage as a mean to increase movement speed. Even so, Deadly Plumage requires Xayah to attack; therefore, it is quite a problem to escape especially when she is chased by enemies.

Overall, this duo seems to be interesting as they are both good in solo-ing and teaming. That said, it is quite early to rate these two League of Legends champions on the competitive scene. So we’ll to wait and see how they will play out in the future.

For the meantime, stay tune for more news in the future! 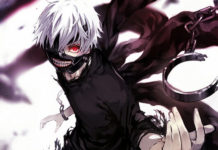 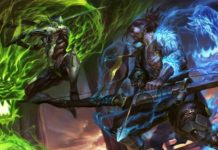 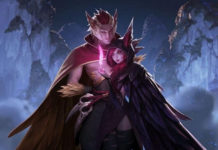