Naruto Shippuden has ended recently with the pretty happy ending and now we have another new story: Boruto Naruto Next Generations. So far, Boruto story is quite intriguing to many fans, however, what about Naruto generations? How do they fare now when war is no longer a threat (or not yet)? In that case, isn’t it interesting to see how these old generations live in this new era? Let’s find out then!

* Note: The information based on Boruto Naruto the Movie, Naruto The Last, Boruto Naruto Next Generations, Naruto Gaiden The Seventh Hokage and the Scarlet Spring, and Boruto Manga.

Of course the first character on our list is the “great hero” himself – Naruto Uzumaki. In the last episodes of Naruto Shippuden, Naruto get married with Hinata. Later on, Naruto has finally achieved his dream to become a Hokage, the Seventh Hokage. Since he had a great deed in ending the Fourth Ninja War, now he still has respect from people around the world, both old and new generations alike.

Naruto devotes himself greatly in his Hokage work and protecting Leaf Village. He works extremely hard that for most of the time he stays in his office overnight. He is still the same man who takes a great care for people, however, he seems not to be a good father.

In combat, Naruto still proves to be the strongest ninja in Boruto Naruto the Movie and Naruto Gaiden manga. However, his performances look not as good as his younger years.

In Boruto Naruto Next Generations, Naruto is still working as the Seventh Hokage. Since it is still the beginning, we’ll have to wait and see what will happen to Naruto in the future.

Naruto and Hinata gave birth to two children: Boruto Uzumaki, the main protagonist of this next generation, and Himawari Uzumaki. Since Naruto always works hard for his Hokage work, this led to quite a hardship for him to raise his two children, especially Boruto who always wants to be took notice by his father. This situation went worst in Boruto Naruto the Movie when both father and son don’t know how to communicate with each other. Luckily, after the incident with Momoshiki Ōtsutsuki, Naruto and Boruto are finally be able to understand each other.

Some people consider Naruto to be a bad father and may resent him for that. But if we look at Naruto’s origins, he was an orphan, a child resented by people surround him. This makes some sense when Naruto is a “bad father” since he doesn’t not really understand how a “father” supposed to do. And with the devotion for Hokage work and people, it is indeed a difficult job for our Naruto.

According to most Asian countries’ custom, a wife’s family name will changed to her husband’s family name. Since Naruto serie was made in the land of Japan, this custom also applies in the Naruto world as well.

In combat, so far we haven’t seen Hinata in battle so hard to say how strong she is now. Seems it is something we have to wait and see in the future.

Hinata Hyuga is a ninja in Hyuga clan. She married Naruto and gave birth to two children: Boruto Uzumaki and Himawari Uzumaki. Apparently, Hinata has become a housewife, and she mostly spend time taking care of the two children. Similar to her younger years, Hinata is extremely caring and forgiving. She understands Naruto’s hardship and tries her best to raise Boruto and Himawari. She always teaches Boruto to appreciate and understand his father’s situation (though it might not look effective).

If we look from Japanese ancient culture perspective, Hinata is quite an excellent model for a wife. Or it could be that the authors intended to design Hinata like that in the first place?

After the Fourth Ninja War, Sasuke Uchiha seems to devote his life in redeeming himself, and help Naruto in the shadow. In Naruto The Last, it appears that Sasuke will also appear to protect the village if Naruto absent. In the new era, Sasuke still wanders around the world and most likely to hide himself from the public. Eventually he made appearance in Naruto Gaiden manga and Boruto Naruto the Movie.

In this new era, Sasuke and Naruto still remain as close friends, and Sasuke still acknowledged Naruto to be better ninja than him. That said, he expects that someday Boruto will finally surpass his father.

In combat, Sasuke still proves to be a powerful ninja (second only to Naruto) and his combat prowess is likely to be similar to his younger years.

Sasuke gets married with Sakura Haruno and gave birth to their only child: Sarada Uchiha. Like Naruto’s case, Sasuke also has trouble with his daughter (though not as heavy as Naruto’s situation). In Naruto Gaiden manga, Sasuke was in extremely cautious state that he didn’t recognize Sarada. He almost attacked Sarada but then was able to stop himself. Sarada felt resentment towards her father and awoken her Sharingans, luckily in the end, Sasuke and Sarada managed to be in normal family relationship.

In Boruto Naruto the Movie, Sasuke returned to the village and met Boruto. Boruto met and asked Sasuke to train himself to be able to defeat his father. Sasuke agreed to teach Boruto, but also taught him to understand his father. Later on, Sasuke and Naruto both fought along each other against Momoshiki Ōtsutsuki and ultimately won the battle. Since then, Boruto took an admiration towards Sasuke and wished to become a ninja just like him.

Sakura Haruno gets married with Sasuke Uchiha and her name changed to Sakura Uchiha. They gave birth to their only daughter: Sarada Uchiha. Similar to Hinata, Sakura seems to also be housewife, but it’s not so sure about her occupation.

In this new era, Sakura is still a good friend to Naruto and Hinata, as depicted in Boruto Naruto the Movie.

In combat, Sakura still proves to be a fearsome ninja with her fist, as we can see in Naruto Gaiden manga when she fought with Shin Uchihas, and Boruto Naruto the Movie when she protected the spectators from Momoshiki Ōtsutsuki’s attack.

As a mother, Sakura is strict, yet also extremely caring mother to Sarada. And to some extent, she is like a single mother who has to raise Sarada on her own as Sasuke is usually not at home. Sakura also feels lonely since Sasuke is not always be with her, but she finally overcomes the loneliness thanks to Sarada and the events in Naruto Gaiden manga and Boruto Naruto the Movie.

In Naruto Gaiden manga, Sakura faced quite a difficult situation in raising Sarada. Without her father, Sarada felt in situation of questioning her own motive and identity. She suspected that Sakura was her true mother and she sneaked out and eventually accompanied with Naruto. Later on, Sakura saved Sasuke and Sarada during their battle with Shin Uchiha, but then got teleported to Shin Uchiha’s hideout. Afterwards,  Sasuke and the company rescued Sakura and finally returned back home. At this point, the Uchiha family finally got a new family picture.

That’s it folk! Stay tune and wait for the next stories of the old Naruto generations in Boruto Naruto Next Generations Part 2 in the future! 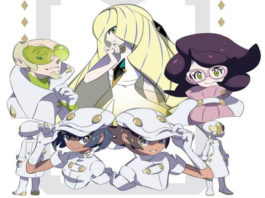 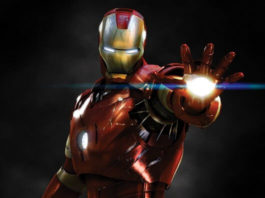 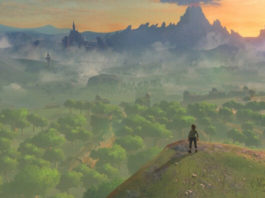