It’s been years since the cancel of Project Titan, but, Blizzard didn’t throw it all away. From the ashes of Project Titan, Blizzard released Overwatch – one of the most popular team-based games to date. Overwatch has been highly rated throughout 2016; the game has interesting mechanics, playstyles, artstyles, etc… And of course we can’t just simply forget the awesomeness of Overwatch Heroes. All Overwatch Heroes has unique personalities and identities, making them absolutely unforgettable. Such heroes need to have their own stories and this time, let’s find out the stories of these legendary Overwatch Heroes!

Overwatch, the Company of Heroes

For those who don’t know, Overwatch is an organization of protectors who ensure the global peace. 30 years ago before our current game time, there was a global crisis: Omnic Crisis, in which the Omnics (A.I robots) rised and ravaged the world. Overwatch existed in order to stop the crisis, and eventually they became the world’s peacekeepers organization after the crisis.

That said, not all Overwatch Heroes are… true heroes, some are scoundrels, some are criminals, and some are gang members. Though as bad as it may sound, it makes the Overwatch’s story intriguing.

In the game, there are 4 categories of Overwatch Heroes: Offense, Defense, Tank, and Support. In this article, we will take a look at our fearsome warriors of the Offense group.

Genji Shimada is the youngest descendent of Shimada ninja clan and younger brother to Hanzo Shimada. When Genji was young, he didn’t really care about family’s business, instead he was like a playboy, thus enraged Hanzo. With Hanzo, it is a duty to follow and inherit the trade of the family. This was contrast to what Genji wanted, leaving the two brothers in a lethal conflict. Hanzo defeated Genji, leaving Genji in dying state.

After that, the Overwatch took Genji in and offered him an opportunity to relive once again, with the exchange for his service. Genji accepted the offer, and his body was cybertized, enhancing his strength, speed, and skill. He worked for Overwatch in Blackwatch division, but then after his mission success, he left the organization in search for his meaning of life.

Upon his journey, Genji encountered Zenyatta and became Zenyatta’s apprentice. Thanks to his learning, Genji finally found his own peace, he realized that he still has a human soul in a metal vessel.

On Hanzo’s side, he believed that he pushed his brother to death. And to honor his brother, every year Hanzo sneaked into Shimada Castle and pray. In the 10th anniversary for Genji’s death, Hanzo once again met Genji. The two brothers fought once again, but this time, Genji said he forgive his brother. He also said that one day, Hanzo will have to take side and with that said, Genji disappeared into the shadow.

Before McCree joined the Overwatch, he was a famous outlaw, a skillful gunslinger with his revolver – Peacekeeper. McCree was the member of Deadlock Gang who specialized in weapons and other military wares      trafficking. However, his time in the Deadlock Gang didn’t last long as he was captured by Overwatch.

After that, McCree joined the Blackwatch division of the Overwatch. He thought that he could amend for his crimes during his time in the Blackwatch. However, this also didn’t last long with the weakening of Overwatch. As the Overwatch lost its power, the Blackwatch could no longer be contained. Genji eventually left and continue his life as a vigilante, acted according to his own justice. That said, for such a talented guy in marksmanship, he becomes the wanted target of many organizations.

Fareeha Amari is a descendent of a proud family of soldiers, daughter of Ana Amari who was an Overwatch agent. Since she was a child, she always wished to be able to join the ranks of Overwatch, just like her mother.

In later years, she joined Egyptian Army, amazed other people with her combat prowess and leadership. Based on her performances and the achievements in the army, she had the opportunity to finally join the Overwatch. However, that couldn’t happen with the collapse of the Overwatch.

She then left the army and joined the Helix Security International and trained to master the Raptora Mark VI – the combat suit that we’ve seen her wearing in the game. Although the Overwatch was no more, she still hoped to fight for the good of people.

Gabriel Reyes was born in Los Angeles and was a high ranking member in the American army. He joined in the human alteration project to become a powerful soldiers excel in strength, speed, and skill.

During the Omnic Crisis, Gabriel Reyes and Jack Morrison joined the Overwatch to fight against the Omnic threat. While in the Overwatch, they both became friends and together, they seek the power to defeat the Omnic. However, while Reyes was the leader, Jack Morrison had more influence due to his ability to solve internal conflicts and bring people together.

After the crisis, Jack Morrison was promoted as the strike commander by UN for his contribution, while Reyes was ignored. This eventually made a crack in the friendship of the two friends.

During the fall of Overwatch, the tension between the two friends grew stronger and stronger, to the point that they were engulfed in an internal conflict. Gabriel Reyes led a rebellion against Jack Morrison and they fought in the Overwatch headquarter in Switzerland. Ultimately, they were struck in an explosion but they still alived.

Later on, Gabriel Reyes has appeared in the name of “Reaper”, his motive is unknown but it’s speculated that he want to find Jack Morrison and take revenge. As Reaper, he causes terror around the world as a heartless killer.

Jack Morrison was born in a farmer family, during the Omnic Crisis, he joined the American to fight against the Omnic threat. He also took part in the super soldier program in which his body was enhanced in strength, speed, and skill.

Jack Morrison eventually joined the Overwatch and met Gabriel Reyes. They both became friends and together they found way to defeat the Omnic. However, after the crisis, UN promoted Jack Morrison as the strike commander for his contribution, while Reyes was ignored. This left a crack in the friendship of the two friends.

Though the war is over, Morrison still worked hard for the world peace. He became a symbol of Overwatch, loved by many people. That said, these peaceful time didn’t last long due to the fall of the Overwatch. Public went against Morrison, while Overwatch started to lose its authority over time. Despite all of his effort, Overwatch finally fell, along with Reyes’s rebellion. Both Morrison and Reyes was struck by the explosion and supposed to be dead.

In truth, Morrison and Reyes still alives, with Morrison now becomes Soldier 76 who seeks to find out the reason for the fall of Overwatch, and brings judgment to those who responsible for it.

Sombra was a curious character as she has an intriguing name: ░░░░░░.

░░░░░░ was an orphan after the Omnic Crisis, during that time, Mexico’s state was pretty much chaotic. But thanks to her talent in hacking, she survived and eventually learned the ability to manipulate people.

Later on, she joined Los Muertos gang in Mexico, whose goal was to overthrow the government. They believed that this new Mexico government only cared for the rich, while casting the poor and those in need aside. During her time with Los Muertos gang, ░░░░░░ learned that information could be a powerful weapon. Thus she kept hacking and became more skillful, but also addicted to finding information and secrets.

At one point, a global conspiracy web discovered ░░░░░░ while she was hacking into their , ultimately forcing her to erase her trace and hide in the shadow.

Later on, she had a cybernetic upgrade and changed her name to “Sombra”. This time, she has come back and tried to discover the truth about the one truly controlling the world. Since then, she went all out hacking into various organizations and corporations in worldwide level, notably the LumériCo and Volskaya Industries.

Before her enlist as an official Overwatch agent, she used to be a daring pilot with incredible skills. Due to her skill, the Overwatch invited her to test the Sliptream, a teleporting aircraft model. However, during the flight, the teleportation matrix was broken, making the aircraft disappeared and Lena was announced to be dead.

Intriguingly, months later after the incident, Lena returned. However, she was in chronal disassociation in which her molecules were unstable, making her unable to maintain her form at the present. Luckily, Winston found out a solution for Lena’s problem. He created a chronal accelerator which helps Lena maintaining herself in the present, thus allowing her to control her time.

That’s it folk! Coming up next: Overwatch Heroes – The Stories of the Legends, Part 2! For the meantime, stay tune for more news in the future! 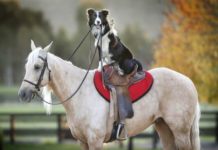 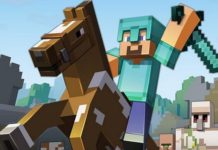 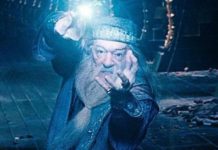 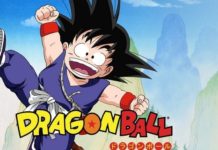 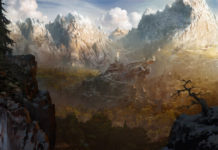 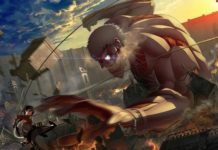